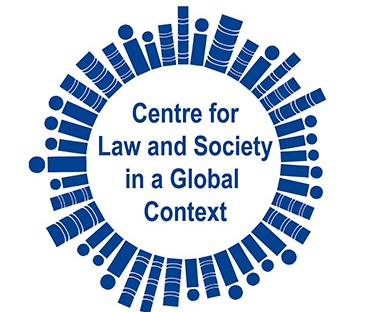 Professor Maurice Adams started this workshop in asking a key question: “once students of comparative law have identified similarities and differences across countries, what next?”, “After having conducted the legal inquiry into different countries, how can they provide explanations (why?) for their findings?”. To answer this question, engaging with social sciences is key and debates with other disciplines required. A forum for this learning experience will be provided by this series of lectures on Comparative Law and Interdisciplinarity.

Sociology can in the first place provide a toolbox of concepts for legal inquiry, such as “legal culture”, “tradition”, “path dependency”, “law in action”, “legal discourse”, “consciousness”, “mentalities”, “formants”, “traditions”. Sociology has also developed methodological debates both in qualitative and quantitative methods (Goldthorpe vs Rueschemeyer)  which could be relevant in a legal inquiry. A further attempt to go beyond comparative law thanks to sociology, would be to investigate more closely the relationship between “comparison” and “law”, for instance: comparison OF law, Comparison IN law, Comparison BY law and Comparison AS law. This last expression refers to the whole practice of ranking used by many institutions (through indicators, league tables, algorithms). These rankings construct reality, but they also have a normative force as they may force individuals to change their behaviour in order to climb the rankings (and gain the rewards linked to being top of the rankings or avoid the shame of being at the bottom). In this respect, the works done by Durkeim’s opponent, Tarde (Transformation of Law (1891), Les lois de l’imitation (1890)), works now rediscovered by Bruno Latour, could help lawyers understand sociability in a more extensive way than usually accepted. Indeed, sociability is not only about the relationships between persons but also the relationships of objects. Finally, multidisciplinarity and collaborative research may be useful to understand comparison as a social process: we, as units, are compared all the time, we become quantified selves, algorithms attempt to replace subjective judgment by objective quantification. Yet, this may lead to reinforcing inequality. The legitimacy of quantitative comparison calls for further investigation – for which multidisciplinarity and collaborative research are needed.

Dr Seán Hanley explored Methodology of Comparative Politics. He explained basic problems encountered to develop a scientific method in politics, when it comes to understand a small number of units. As statistics are not useful in these cases, other avenues need to be used, such as comparison. The idea is that comparing case studies can provide a form of natural laboratory to observe phenomena, processes, events etc. The idea is to locate case studies which share a sufficient number of relevant similarities while at the same time exhibiting differences. For instance, one can study social revolutions and look at French revolution, the Soviet Revolution and the Chinese revolution. These cases belong to different regions and historicity but they also have similar features. The following question is to find ways to use categories and typologies. Can we really compare the transition towards democracy for “post-communist” countries in East Europe, Africa and Asia. There will be issues of comparability because there are significant divergences in the type of authoritarism that these countries were coming from. One can try to obviate these problems and develop strategies of concept formation (abstracting as much as possible concept). Yet, there is then the risk to stretch too much concepts and to misread the reality (eg. can we really say that 1970 Soviet Union was “pluralistic” even if there were ministries, republics, industrial interests etc.). So there are issues to be faced:

1) how far can generalization go?;

2)how can we overcome the limited number of units to be compared? (here using historical cases or sub-units, such as regions, can increase the number of the cases to be investigated)

3) how can we overcome the overwhelming complexity of the real world and make it manageable. Algorithm are sometimes used to make calculations but they obscure the actual causal links and actual relationships between event/unit/processes etc.

In her reply, Professor Sionáidh DOUGLAS-SCOTT commented that the idea that law is an autonomous discipline has been abandoned nowadays. Most legal research today is interdisciplinary as we need help from other disciplines everyday to understand the world. When we work in a field such as comparative constitutional law, we may be undertaking a different kind of comparative law than the standard views (ie these mainly developed in comparative private law) held of what comparative law is. Comparative politics is a discipline that will necessarily provide information and understanding to a comparative constitutional project. Finally, globalisation and legal pluralism question “sovereignty”, the basic unit for comparative public law. Yet today sovereignty is back on the agenda and this makes the following question arise: what does this mean for comparative law?

Very lively discussions with the audience followed. They revolved around the importance of including the context of the law in the comparative inquiry, the purposes of comparative law (explanation of differences, improving society?), the possibility (or impossibility) to develop a shared vocabulary across disciplines in order to facilitate discussions and exchange of ideas, the development of a “relational” method for comparison (cfr. the use of narrative, hybridization, allegories etc.)

In the second panel, Professor Greta Olson presented a paper entitled Methods in Comparative Cultural Studies. She first located the origin and development of cultural studies in a critique to philology as a discipline. The idea was to move beyond a discipline that was overwhelmingly driven by white privileged men to develop a broader understanding of “cultures”, including any relevant phenomenon (such as law, politics, movie, etc.). Professor Olson submitted that law was affectively experienced (an affect being a visceral reaction, while an emotion is expressed through words). With that background in mind, one can explore how cultural legal identities are embedded in our unconscious: people understand law through narratives and messages regardless of the support of these messages (eg films). Specific cultural narratives develop around the law and lead to an imagined collective of belonging. Different case studies for this process were discussed. One case study relates to two TV shows, Judge Judi (USA) and Richterin Barbara Salesch (German). These two TV shows were supposed to be identical as the German show was meant to be a copy-cat of the American show but their dominant message turned out to be overwhelmingly different. Indeed, the American show conveys the idea of a neo-liberal / retributive justice where the less strong ones are in that position due to their own fault; the German show delivers a message of distributive / social justice, where the judge makes the truth prevail (ie. very often the real perpetrators belong to the higher class). Professor Olson develops then a framework of questions and relationships between the political economy, text analysis, ethnography, media etc. to show that the law is historically embedded in specific ways.

In his reply, Dr Jacco BOMHOFF makes 4 points: 1) the Western bias in law may be less important in law than in cultural studies; 2) disciplines do not go through the same chronological development. Topical themes in one discipline may only become relevant in another much later. So for instance, the politics of form which matters today in cultural studies, has been discussed in critical legal studies (based on Foucault) and especially Duncan Kennedy. The fascinating question is to try to find out why these topics come and go in disciplines; 3) what do we need to believe / to be committed to do comparative law? How does our legal education contribute to our beliefs about the legal systems? 4) forms and specific terminology do matter. If one leaves them aside, one loose the richness of the intellectual / social / political processes behind them.

In the discussions, lively questions were debated. They mainly revolved around two points: 1) the processes required to create an affective identification by Europeans in the European Union (and the role of the law in creating this identification or in preventing it); 2) the processes behind the making up of shows (who makes them? Who puts message in them? How conscious is the process? how is the message interpreted?).