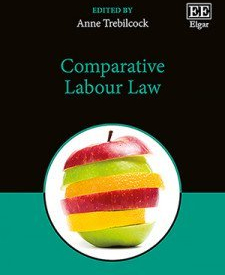 Why does comparative labour law matter?

The world of work is churning.  Work is now often what we do, rather than where we go.  Yet the concerns remain similar:  obtaining work, earning enough in conditions of dignity, and having certain protections.  As in other fields, comparative law can provide inspiration for tackling fresh challenges as well as familiar labour and employment issues. In an increasingly globalized world, countries are anxious to pursue competitiveness without sacrificing rights at work. Illustrations of their efforts are captured in the recent collection, Comparative Labour Law (Edward Elgar, 2018, 904 p.), which I was privileged to edit and introduce. This is the fifth in the publisher’s series on comparative law, which has also featured collections on constitutional law, property law, contract law and comparative law methodology.

Comparative labour law gives countries tools to improve the functioning of their labour markets while fostering fair and smooth individual and collective relations at work.  How do countries approach the growth in agency work, for instance? How can they provide collective protection for crowd workers?  Does freedom of association require a constitutional anchor? How is the law keeping pace with new forms of collective action? Which systems foster preventive health at work and why? What are the new trends in addressing unfair dismissal? Any innovations in combatting discrimination? What remedies are available to irregular-status migrants claiming their wages? Which country’s rules govern cross-border work? Questions such as these shape the concerns of comparative labour law, in which countries look to other states’ legal approaches and to regional or international instruments. Sometimes it not a legal text per se, but rather the ideas behind it, that can provide such inspiration. In this respect, there is some cross-over between comparative labour law and human rights law.

What is in the collection?

Given the sheer number of published works on the topic, the task of selecting key journal articles for the collection was daunting.  However, some patterns slowly emerged that guided the book’s structure and the substantive introduction.  Part I of the volume explores the uses and limits and comparative labour law, with reflections on the comparative exercise and views on transposition, transplants and translation.    In Part II, the book explores the wide-ranging sources and methods of comparative labour law, noting a recent shift to empiricism.  Writings in this field often follow axes of comparison along the lines of topics and territories, and a selection of these appears in Part III.  Enforcement of rights at work is a recurrent theme in comparative labour law, and this issue rounds out the collection in Part IV of the book.  The introduction grounds the selection in an overview of this sometimes contested field, and puts forward some ideas for enhancing its effectiveness.

The authors represented include giants in labour law, such as the late Sir Bob Hepple, along with some newer academic voices from the United Kingdom (for example, Tonia Novitz, Lisa Rodgers) and abroad.  In all, the collection contains 32 articles by 44 authors and co-authors from a range of countries.  Each of the articles compares the approaches taken in at least two jurisdictions. The authors thus needed to highlight key features in their own systems, while exploring points of convergence and divergence with others in relation to a chosen topic.

What led to the international and regional dimensions?

Lawyers trained in the United States (in my case, Berkeley Law) are well aware of the differences in the law of the 50 States.  Although much of US labour law falls under federal jurisdiction, states legislate regarding public service employees, and can act on issues such as combatting discrimination in employment or promoting occupational safety and health. One state will often look to the experiences of other states before drafting laws or regulations.

However, when countries are involved, the differences in legal tradition and history are obviously much greater than between federated states.  This is all the more so in the field of labour law, where labour relations systems have emerged against a background of interactions between employers, workers and their organizations that are deeply embedded in a particular historical context. Comparative labour law scholarship therefore usually begins with caveats about the pitfalls of legal transplants or of cut-and-paste solutions from other jurisdictions.  Yet the core ideas or approaches can often be adapted in a useful way.

In my first job with the International Labour Organization (a UN Specialized Agency with headquarters in Geneva), I was tasked with doing “comparative analyses” of the application in national legislation of international Conventions. To what extent did national law implement the provisions of a ratified Convention, which forms part of treaty law?[1] Discrepancies were brought to a government’s attention by the ILO’s independent Committee of Experts on the Application of Conventions and Recommendations, for whom ILO staff do background research.  (The Committee’s latest report will be available in January 2019 under the “Standards” icon at www.ilo.org.)  Information submitted in this process from governments, along with comments from employers’ and workers’ organizations, can in turn feed into the development of new or revised international labour standards. Several articles in the comparative labour law collection explore this interaction of international and national labour law.

At the regional level, institutions of the European Union and of the Council of Europe rely heavily on comparative labour law. Before the European Commission adopts a directive in this field, for instance, comparative research will have identified areas of commonality and of difference in the legal rules of member States. Follow-up studies track how a new regional rule is being applied, with the results sometimes leading to adoption of a revised instrument. Trade agreements have also inspired comparative labour law studies, since respect for certain labour rights may be linked to the granting of trade preferences. The new collection also includes examples of such uses of comparative labour law.

A job I held later at the ILO involved advising countries that were seeking to revise their labour legislation. They were eager to learn of examples of how other countries tackled issues such as resolving individual and collective labour disputes, eliminating discrimination on the job, or terminating employment.  I recall a country that was eager to follow the example of Japan, with its economic success, but interest in this model dimmed when the number of annual leave days in that country became known. It was a good example of how direct transplants are not appropriate, but as well of how a comparative perspective may make reformers realize what they value in their existing legislation.

In this field, labour market actors and institutions are critical for the success or failure of law reform efforts. The selection of articles in the collection reflects this, with insights on EU social actors’ perspective, legal frameworks for collective bargaining, forms of dispute resolution, labour courts, and labour inspection.  An historical example is the article by Christopher Whelan, drawing on the work of Sir Otto Kahn-Freund, on the rejection by employers and trade unions of an attempted transplant from the United States to the United Kingdom.  Experiences highlighted in other articles in the volume provide more recent and more positive scenarios of borrowing ideas and legal approaches.

The major dilemma facing comparative labour law – and indeed other fields of law – is a mismatch in governance infrastructure: most laws are made at the state and local levels, while multinational enterprises operate through complex value chains that straddle borders. Work may now be performed in cyberspace rather than a traditional workplace.  Identifying an employer may be difficult, an issue with which comparative labour law has long grappled.  How can the underlying purposes of labour law be pursued in an era of a platform economy?

Transnational labour law,[2] with its reliance on a range of actors, has to date offered some (albeit so far limited) solutions to problems such as eliminating forced labour in a supply chain, enhancing freedom of association, or ensuring sufficient social protection even when an employer-employee relationship is unclear or absent. What will be the next creative solutions to such problems?  Comparative labour law should provide at least some of the answers.  For as Alan Neal has noted in his article in the collection, “the modern discipline of comparative labour law is truly and successfully facing up to the dramatic challenges of the 21st century with the vigour and spirit of a ‘renaissance child’.”[3]

Posted by Anne Trebilcock, J.D., B.A. Anne Trebilcock is associated with the University of Göttingen (Institut für Arbeitsrecht). She worked for many years at the International Labour Organization, where her last post was Director of Legal Services/Legal Adviser.