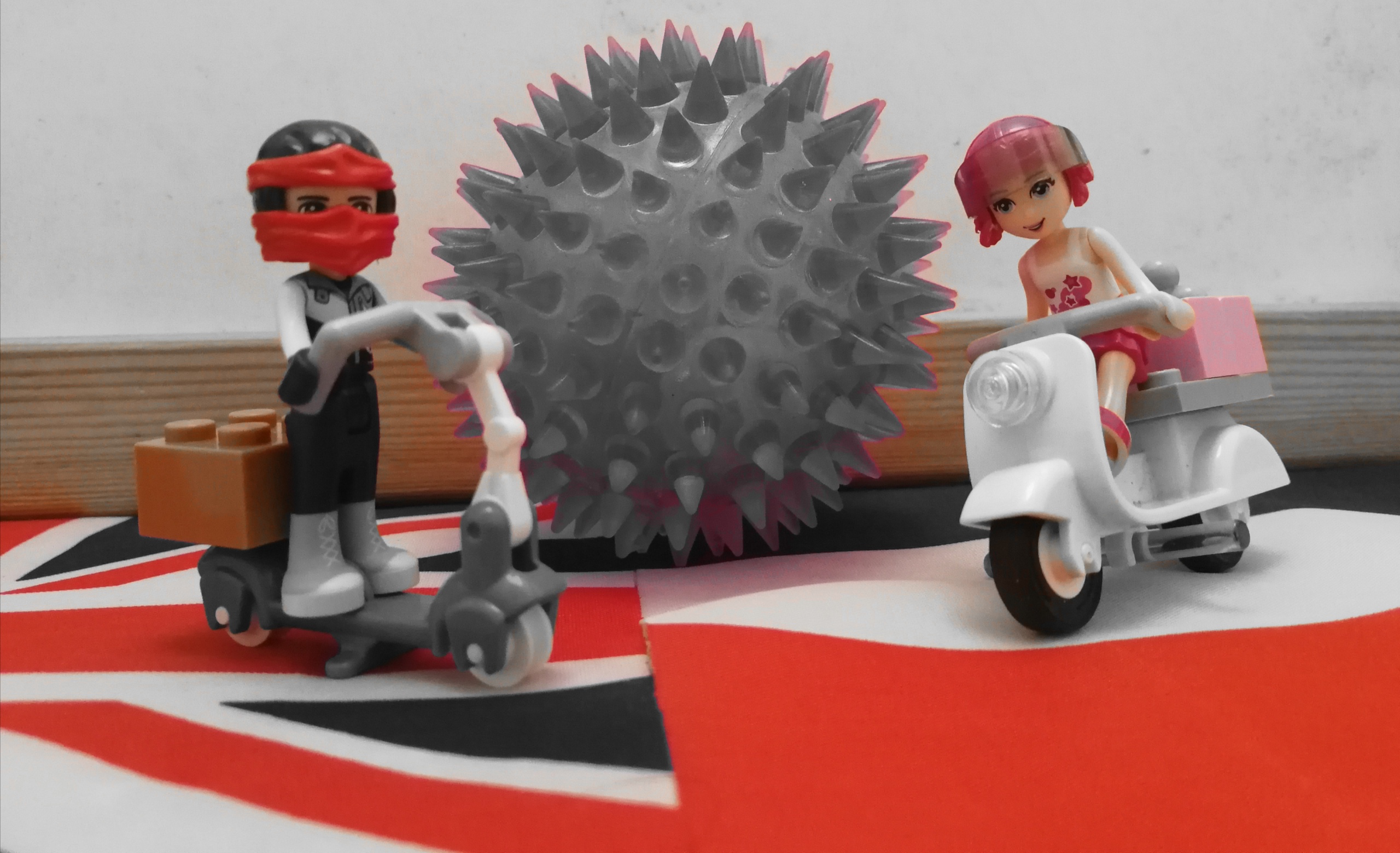 Covid-19 is a global crisis in a globalised world. Everybody is affected, all countries, all economies, all sectors, all legal orders. Platform workers are particularly impacted. Around the world, newspapers denounce gig economy working conditions and report some deaths (see for instance the Guardian in the UK or les Echos in France). The lack of clear guidelines and protection leaves them highly vulnerable. Having seen why platform workers can be regarded as vulnerable people (1), we will compare UK (2) and French schemes (3) to argue that they need more protection (4).

According to the WHO definition, “vulnerability is the degree to which a population, individual or organization is unable to anticipate, cope with, resist and recover from the impacts of disasters”. This includes people with physical conditions (pregnant women, elderly people, and people who are ill or immunocompromised), but vulnerability is not always a personal characteristic, it can also be caused by social interactions. It includes also victims of social violence (women and domestic violence, children) and those in institutions (inmates, hospital in-patients) (See Roman). Legal and social conditions can also create vulnerability (refugees, poverty and its common consequences such as malnutrition, homelessness and poor housing).

Platform workers can also be considered vulnerable people. “Platform work is an employment form in which organisations or individuals use an online platform to access other organisations or individuals to solve specific problems or to provide specific services in exchange for payment” (Eurofound definition). This definition covers numerous people in different legal situations. If his/her platform work is the only activity of a worker, he/she might be put in a situation of vulnerability since he/she depends on the functioning of the platform to find clients and work. Platform workers have been identified as a legal category in several new laws in States all around the world. These laws mostly tackle their status, social protection and platforms’ liability (France, California…). Their economic vulnerability is sometimes connected to other vulnerability factors (economic and social conditions, age, migration, language).

In the coronavirus crisis, the question is whether these workers can continue to work. For instance, Amazon couriers keep working whereas other platform workers do not have an activity anymore (Uber drivers have fewer clients, cleaners cannot access their clients’ homes). For those who cannot work, the question is what assistance they can get and from whom. For those who work, the question of continuing work is also crucial: can they choose to withdraw from their work and with which kind of legal consequences? Do they have to work to subside/feed themselves? Do they have other sources of income?

A quick comparison between France and UK’s attitudes in relation to platform workers’ labour protection at the time of the covid-19 crisis shows that these workers can easily be found in a difficult situation.

In the UK, the government announced that platform workers would be as well protected as employees when it launched the Coronavirus Job Retention Scheme where the Government pays 80% of the worker’s salary up to £2,500/month as long as he/she does not work anymore. But this statement has been denounced by numerous commentators (see Novitz). It turns out that all workers paying their taxes through the PAYE system will be eligible to be furloughed, i.e. to benefit from this scheme. This system mostly covers employees. Some independent workers are included, but most of those who work in the ‘gig’ economy – those who freelance, work through an agency or are on a ‘zero-hours’ contract – are usually not part of it.

Other categories of workers will have to turn to the Self-employed Income Support Scheme: This is similar to the Job Retention Scheme but for independent workers. 80% of a self-employed person’s profits  will  be  paid  by  the  Government  for  up  to  three  months,  capped  at  £2,500  per month. The worker is eligible if he/she has received less than £50,000 in profits either the previous year or averaged over three years and if he/she has been self-employed for three years. Unfortunately, the Scheme does not apply to those who do not make more than half their income through being self-employed or those who have changed their legal status in the past three years. It has been predicted that the scheme will support 62% of self-employed workers (See Hirst) and a very little proportion of platform workers.

Finally, anyone without work can claim universal credit, the current minimum benefit. The Government has facilitated its access (a month advance, no requirement to attend the jobcentre, self-isolation). But it must be said that the standard rate remains very low (£409.89 per month). Claims have rocketed in the last month according to the Guardian.

It must be recalled that the privileges of employees are not available to the independent workers of the gig economy: UK statutory sick pay, unemployment benefits, and similar. These differences have led the Independent Workers Union of Great Britain (IWGB) to bring judicial review proceedings to challenge the inadequacy of the Government schemes for those in precarious work, as well as the Government’s treatment of health and safety at work for the gig economy workers.

To respond to the crisis, the protections granted to employees have been extended to independent workers. More specifically, employees get a ‘dispositif de chômage partiel’ – an equivalent of the British Job retention scheme – while independent workers can benefit from a solidarity fund dedicated to enterprises (even very small ones and associations). They need to employ less than eleven members of staff, having earned less than 1M€ in the last year and a taxable benefit of 60 000€ in the last year, having paid their taxes and social contributions on 31 December 2019, and to be closed by administrative public health order or to have earned 50% less in March 2020 (by comparison to March 2019).

Numerous very small enterprises and independent workers especially platform workers are excluded from this scheme (see French news bfmtv) because of fluctuations in their income from one month to the next and even more from one year to the next.

For those who can work, the differences of protection between employees and independent workers is tough to deal with: sickness benefits are less advantageous for independent workers and they cannot get unemployment benefits. They do not have either a right to withdraw if they feel that the working conditions are too onerous/dangerous. Those who can work will continue to work despite the recommendation to stay at home. Amazon couriers’ trade union won a case: a French court restricted its deliveries to essential goods only until an assessment of the epidemic risks to the security and health of its workers could be carried out. Amazon went on to close all its French warehouses (see les Echos).

Finally, those who cannot be part of these schemes will have to turn to the revenu de solidarité active (RSA), the equivalent of the British universal credit. This is awarded to French nationals and legal residents aged above 25. It varies depending on the household characteristics, but it is around 564,78 euros per month for a single person without dependent children after a recent raise.

Even though States have proposed a remarkably distinctive fan of national reactions to this common crisis, when it comes to platform workers’ social protection, the solutions seem overall quite similar: in France like in the in the UK, there have been attempts to protect platform workers beyond their formal legal status. The UK proposes a scheme which is a bit less generous than the French one and a bit more difficult to access but the rationales are the same: the States are determined to bear the burden of the crisis.

Unfortunately, in both cases, some vulnerable workers will not benefit from the help provided. They can be constrained to work especially if they are not entitled to government benefits. The crisis only emphasizes the already existing difficulties of those in a more vulnerable position. One might wonder if this experience might disincentivize people from becoming gig workers in the future, but necessity rules.

What can be done? Some paths have been proposed in the previous years and even more during the covid-19 crisis: equalising the employee and independent workers’ statuses (McGaughey, Daugareilh), universal income (Dumont), work transitional markets (Gazier), maybe a renewal of Beveridge’s social citizenship… The whole model of social protection and welfare State is called in question by the covid-19 crisis.

A first step might just be to identify who bears the burden of social protection. Some platforms have unilaterally chosen to help their workers: Uber announced last month that it would compensate drivers with up to £100 per week for up to 14 days if they were diagnosed with Covid-19, placed in quarantine or asked to self-isolate in the UK and in France. French Uber has even contacted an insurance company to propose an optional supplementary protection. This shows that both States and platforms have a role to play in their workers’ protection.