Comparative law has been a notably neglected discipline in the ﬁeld of labour law. The explanation appears to lie in the highlighted domestic nature of labour law but also in difﬁculties presented by entering into a foreign domain through comparative efforts. In the ﬁeld of collective labour law, particular difﬁculties relate to paying heed to the broader industrial relations framework and related institutional settings that shape regulatory approaches and the legal environment of labour protection.

The role and legal nature of collective bargaining and collective agreements vary in different labour law regimes. This diversity relates to different kinds of industrial relations models and their particular historical, political and socio-economic context. The edited volume Collective Bargaining in Labour Law Regimes – A Global Approach (Springer 2019) offers comparative perspectives on collective bargaining regimes and the changes they are undergoing in twenty-one jurisdictions throughout the world. The volume can thus be viewed as a global contribution to the discourse on the future of labour law.

Changes in the economy, the operating environment of companies and working life have had a profound effect on collective bargaining systems. In many national systems, erosion of key pillars of collective bargaining is noticeable, while new kinds of regulatory frameworks that enhance local level bargaining have come into being. These frameworks involve local agreements enabling in peius deviations from mandatory labour legislation or higher level collective agreements.

However, bargaining systems differ in diverse ways between and within individual groupings. Although a shift towards more local level bargaining has been simultaneously occurring in many bargaining systems, decentralization has occurred within remarkably different regulatory frameworks, with different emphases and divergent locally-embedded solutions. Much of this can be explained by the socio-economic development of a country and its labour market. In addition, historical explanations may display different characteristics.

Recent decades have seen a gradual shift in many centralized bargaining systems towards more local level bargaining. This volume points out and examines major changes in legal frameworks. It also pays attention to state intervention in bargaining regimes and austerity measures within the European semester that have had a significant impact on certain bargaining regimes, notably resulting in interventions in national collective bargaining models with a direct impact on labour standards.

The present author´s contribution highlights fundamental changes in bargaining regimes that touch upon the core elements of the right to bargain. Local bargaining 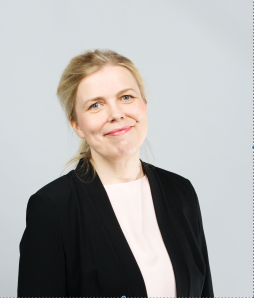 agendas are modiﬁed towards more individualized ﬂexibility. Developments in terms of individualization should be assessed against the original idea of collective bargaining related to workers’ collective pursuit of labour rights. The need also arises to reconsider means of collective bargaining to advocate more inclusive regulatory approaches both in terms of different groups in the labour market and new labour market phenomena.

The article by the present author argues that erosion of social dialogue has affected the institutional setup of collective bargaining in many countries. Collective bargaining produces frameworks for negotiated flexibility. Decollectivization of industrial relations is taking place as new patterns and methods of setting terms of employment are evolving at the local level in a way that highlights employer discretion and bargaining as an individualized process between employer and employee.

A scenario of another kind arises from developments in transnational labour law. The transnational dimension of collective negotiations relates to the evolution of transnational industrial relations. Importantly, it is not only a feature complementary to domestic bargaining regimes but it also has its own institutional and normative setting from which it stems and evolves.

One thought on “Collective bargaining in transition – a renewed role for legal comparison, by Ulla Liukkunen”