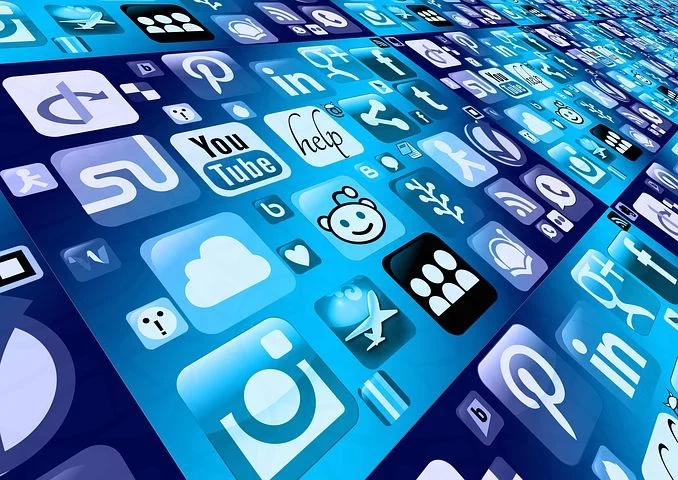 As the popularity of populist movements in Western countries increased, so did the concern that fake news could be spread and then exploited for political purposes. The reaction of France and Germany was almost immediate: in addition to launching specific programmes aimed at verifying the reliability of the news circulating on the web, it was felt that a regulatory intervention was needed in order to: first, carry out the constant monitoring of the contents displayed on the web, and second to remove the contents found to be false. In Germany, for instance, a new ad hoc legislation, the Network Enforcement Act, has been introduced imposing a legal obligation on social media to remove false content within 24 hours of its discovery.

According to a bill proposed by 31 Italian senators, “it is necessary to start a similar process in Italy, drawing on the instruments already in place”. “This should be done – according to the proposers – by re-discussing the ‘taboos’ of anonymity, transparency and ownership of online media”. In the preamble of the same bill, a rather curious (if not ambiguous) reference is also made to “the right of the State, as a legal person of international law, to protect its credit and prestige abroad and to defend itself against the harmful action of its citizens”.  From a comparative law perspective, however, such a conscious inspiration to other experiences – the French and the German ones – is certainly of interest. In order to find out how far this is brought, we shall first briefly consider these models, then identify the currently applicable Italian legislation, and finally have a closer look to the proposed bill.

France and Germany as models to take inspiration from

Following the wide dissemination of fake news during the 2016 US elections and the consequent international debate that this has triggered, France (in 2018) and Germany (in 2017) adopted new ad hoc legislations to counter the spread of fake news. Both solutions have been heavily criticized as limiting free speech. The starting point for the two countries was different, and so were the solutions implemented. In France the main urgency was to prevent fake news from impacting on the democratic process. Thus, French Law No. 2018–1202 modified mainly some provisions of the French Electoral Code with the aim not much to punish the author (often fleeting) but to neutralize the harmful information. Despite the criticisms, the Constitutional Council defended the constitutionality of the new law, but limited its application to information that is “manifestly” false (Decision No. 2018-773 DC of 20 December 2018). Similarly, the German Network Enforcement Act, albeit with less emphasis on elections, foresees administrative fines up to €50 million against those big IT platforms (the scope of application is indeed limited to platforms with more than 2 million users) that fail to prevent the spread of fake news. Moreover, “obviously illegal” contents must be deleted within a day. The idea behind the German legislation seems to be that if you cannot take small fish (the author), you should go after the big one.

The legislation currently in force: an author-centred approach

In most legal systems criminal and administrative provisions about public information has been introduced well before the internet, with written press as the only concern. Italy is not an exception. Information has thus to be censored insofar it produces a damage to targeted individuals. Accordingly, the provisions of the Italian Criminal Code currently in force can essentially be grouped in two categories: those ensuring protection against defamation, and those defending “public order” and the “personality” of the State. In particular, article 595, para. 3 punishes defamation conveyed “by a means of publicity” with imprisonment up to 3 years or a fine of not less than €516; on the other hand, article 656 punishes with imprisonment of up to three months or a fine of up to €309 anyone who publishes or disseminates “false, exaggerated or tendentious” news which are likely to disturb public order. To the latter group belong also those provisions, like article 658, fighting the announcement of “non-existent dangers, accidents and disasters” with imprisonment of up to six months or a fine of between €10 and €516, and article 661 which provides for a fine of between €5,000 and €15,000 for anyone who publicly seeks “to take advantage of popular credulity”, provided that such conducts actually put into jeopardy public order.

In principle, all these provisions could seem precise enough to be effective. What makes them practically ineffective, however, is their being limited to targeting the authors of fake news. Which, in the time of fake profiles on social networks, seems over-complicated. New misconducts thus call for new solutions.

The new Italian bill: a risk of authoritarian drifts?

Under the title of “Provisions to prevent the manipulation of online information, ensure transparency on the web and encourage media literacy”, bill no. 2688/2017 (Senate) consists of a total of nine articles, with a rather diverse content. The reference models are clearly reflected in its structure.

Articles 3 and 7, in partial adherence to the German model, establish general rules that administrators of digital platforms must follow, providing penalties in case of non-compliance. Article 2, on “the dissemination of false news that may cause public alarm, mislead sectors of public opinion or having as its object campaigns of hatred and campaigns aimed at undermining the democratic process”, is more focused on preventing undue interference, even by foreign states, on the democratic process during elections, which is the main focus of the aforementioned French legislation. Alongside these, the Italian legislator has adopted some highly original norms.

Article 3 (“Communication to the court and obligations of the administrator of the website”), in particular, obliges whoever intends to launch a website/forum/blog to communicate the local Court his/her personal information. The goal of the provision is to achieve greater transparency. Such measure, however, seems to bring more concerns than actual solutions since failure to comply is not followed up with any penalty. Besides, either non-compliant platforms would be excluded from the scope of application of the new legislation or, in the opposite case, the provision itself would prove superfluous.

On the other hand, article 7 on “the responsibility of the managers of IT platforms” provides for the condemnation to the payment of a sum up to €5,000 not only of the authors and the diffusers of fake news but also of the managers of the IT platforms on which they are published. Such provision is clearly modeled after that of article 57 of the Italian Criminal Code which provides for the responsibility not only of the journalist but also of the director of the newspaper who has failed to exert a control. However, it seems that the difference between checking the 40 pages of a daily newspaper and the thousands of posts that millions of users publish on social networks every minute has not been taken into account. As for sanctions, unlike the German model, the publication of content online is in fact assimilated to a journalistic product.

Article 2 of the bill (“Spread of fake news triggering public alarm, misleading sectors of public opinion or having as its object hate campaigns and campaigns aimed at undermining the democratic process”) seems to be inspired by French legislation. It provides for the introduction of new criminal offences related to fake news, but in this case punishability would be subject to their being “false, exaggerated or tendentious”, as well as to the possibility that they cause public alarm, or otherwise harm public interests. A couple of remarks can be done here. First, the requirements of “exaggeration”, “tendentiousness“ and “public scandal” seem too poorly defined, to the point that it would probably be preferable to punish only cases of objective “falsehood”. The risk is that the new provisions lend themselves to abuse, as a result of forced interpretations driven by political interests. According to Pollicino (p. 35), paraphrasing J. Milton’s thought, truth only prevails in a free and open context of ideas. That is why opinions shall not be constrained before they can ‘compete’ in the struggle with dogmas. The only exception, again according to Milton (and Pollicino), is indeed objective falsehood, which, as such, shall not enjoy protection.

Furthermore, the reference to “harm to public interests”, if interpreted in the light of what is affirmed in the preamble of the bill itself, brings out an anachronistic vision of the aims of a legislator whose main concern would be to “defend the honour” of the State and its élite. The further risk here, as many Italian legal scholars have highlighted (see for instance Candido, even for further bibliographical references), is that the new criminal offences, due to the criteria for which punishment is foreseen, may be used to repress more than legitimate forms of political dissent, with serious limitations on freedom of expression. Afterall, the right to information implies in itself the right to access true and reliable information. Accordingly, the purpose of a legislation aiming at limiting the spread of fake news shall be to prevent the dissemination of news that is objectively false. Opinions shall thus necessarily be excluded.

Although it was highly debated on the Italian media and in the Parliament until July 2020, when another bill proposing the establishment of a parliamentary committee of inquiry on fake news (still to be examined by the Upper Chamber), the enthusiasm for the issue seems, at least for the moment, to have watered down giving way to other concerns such as the current political and epidemiological crisis.

Enhancing education and IT literacy: this seems to be the only actually working vaccine. Whatever the text issued by the Italian Senate will be though, its interpretation, cannot be inconsistent with the right to free speech as referred to in the Italian Constitution (article 21) and in article 11 of the EU Charter of fundamental rights, the latter specifically enshrining the right “to hold opinions and to receive and impart information and ideas without interference by public authority and regardless of frontiers”. In other words, no piece of legislation can be enacted which results in the establishment of anything similar to that “Ministry of Truth” that only George Orwell, master of dystopia, could have imagined.